I am incredibly excited to announce that I’ve recently completed my first commissioned photo shoot! I am very happy with how the photos turned out and to see my photography going somewhere. You’ve already seen a few of the photographs from this shoot, but these rifles were the main focus, and were really quite cool and have a very interesting history. I did the shoot for a local FFL, Aesir Tactical & Armory who is actually selling them; if you’re rich and happen to be interested, check out this page that we put together to help sell them. 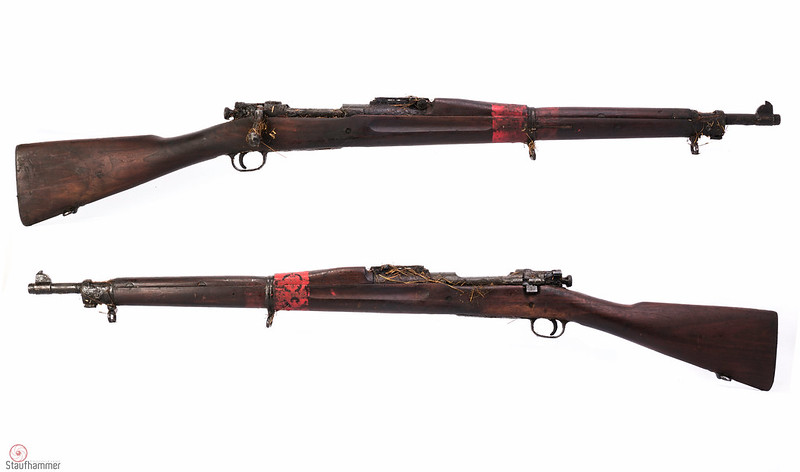 Anyway, these are 2 of the Remington “Red Star” 1903’s that were returned to the US after being ‘lend-leased’ to the British during WWII; I believe only 200 are believed to have made the trip back, and it was an honor to have the chance to handle and photograph them! There is a great (and lengthy) article here that goes into much more detail about the history of these rifles, but there’s also a great summary that the FFL wrote up that I will share below, along with my favorite shots from the set. You’ll notice that the rifles are quite dirty: This is the original cosmoline and packaging straw that was used to preserve the rifles for the trip back overseas to the US after WWII. We were told by someone who knows more than this that the rifles would actually be de-valued if we had cleaned them off, so please excuse this! 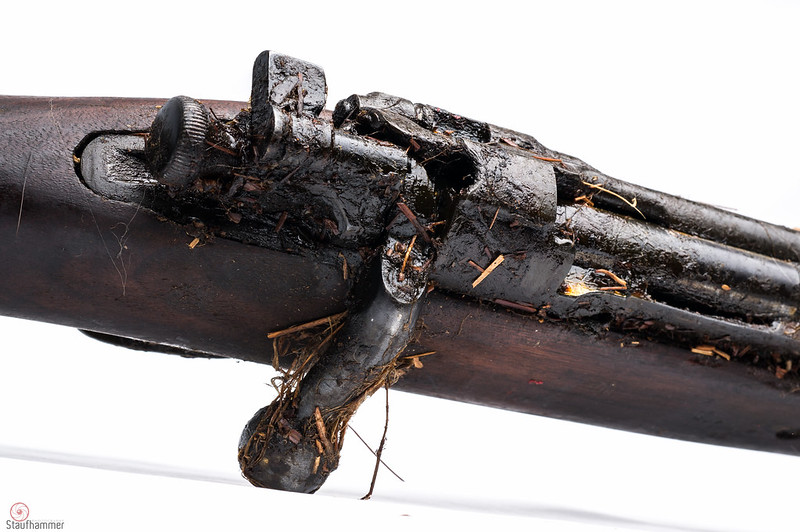 Aesir Tactical & Armory is very pleased and highly honored to offer two of the most historic Remington 1903 WWII rifles to currently reside on American soil.

These Remington Model 1903 .30-06 rifles were originally supplied to the British during World War II during the “lend lease” program to help aide in Britain’s cross-channel defense of their country from the Nazis. Each rifle received a red-painted band on the forearm of the rifle to alert the members of the British Home Guard that they were not in their standard .303 British caliber.
After the war, an enterprising USAF major struck a deal to purchase and bring home 200 of these special 1903s. Many were sold or pieced out to family and friends, and in 1998, the late Red Star Military Museum in Culver City, California, made a deal to consign some of the remaining rifles in their retail location. 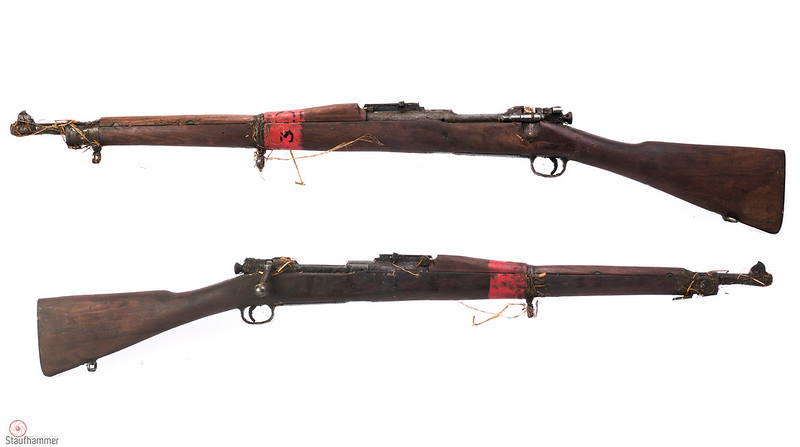 Red Star is no longer with us, but the name stuck. We were lucky enough to have known the owner of a few of the remaining crates of these rifles, and have been allowed the opportunity to offer a small lot of these historic Remington 1903 rifles for sale. 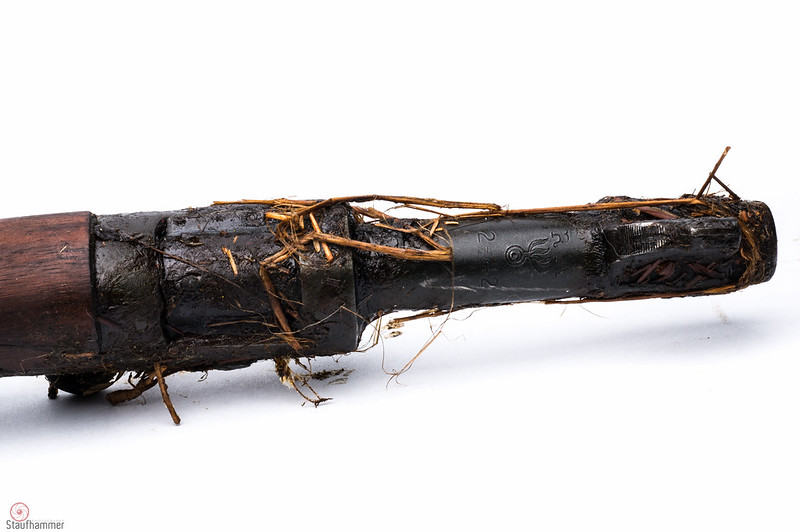 The crate that these rifles came from was opened for the first time since their arrival onto United States soil in August 2012. All rifles have an asymmetrical red band painted in the 1940s with a “30” designation on their forearm. Many of the handguards are “mis-matched,” as damaged rifle parts were replaced with non-damaged parts from other rifles. There could be minor hairline cracks in the wood and blemishes throughout the rifles but we cannot confirm any of this due to the layer of Cosmoline still protecting these rifles. 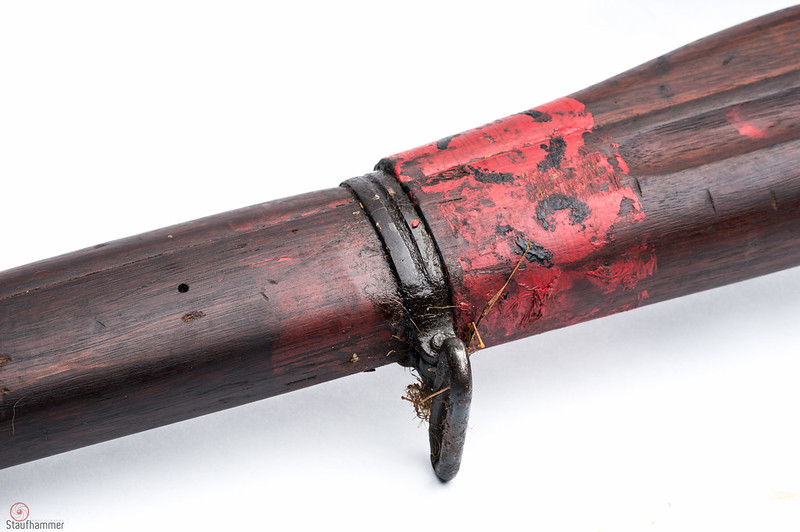 Please note that all of these rifles have not been cleaned since they were loaded into their crates in England, and therefore are coated in Cosmoline and their original packing straw. We will not be cleaning these prior to sale. 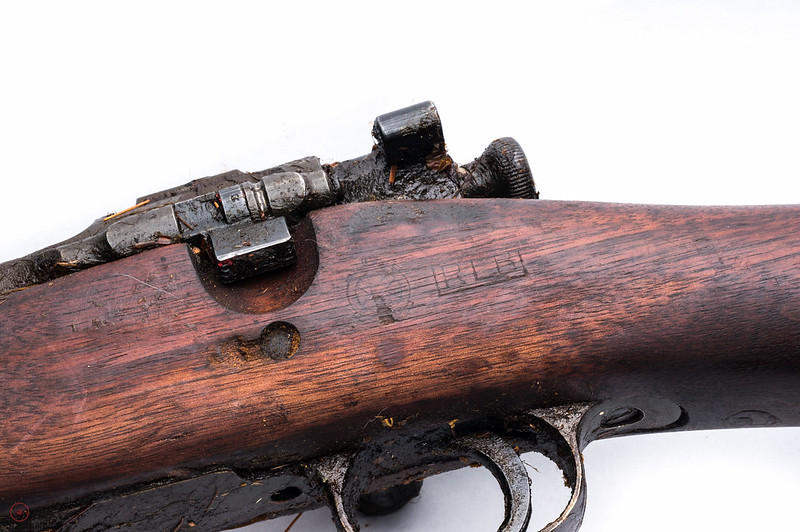 All of the photos for this set were shot with a Sony NEX-6 mirrorless APS-C camera at ISO100, with the rifles draped on a large roll of white craft paper hung from the ceiling to create an ‘infinite white background’. The lens and lighting setups changed slightly for different photos, though; For the main profile shots of each rifle, I used Sony’s PZ 16-50mm F3.5-5.6 OSS kit lens, with a lighting setup consisting mainly of a 100w flash head above and about 12″ in front of the rifle, angled down and shot through a 20″x28″ double-diffused softbox, with an additional shoe-mount flash head (Yongnuo YN-460) to camera left, bounced off of a large white posterboard for diffused light on the left side since my main softbox isn’t large enough, a white posterboard propped up camera right to serve as a reflector to fill in edge shadows on the right, and a third flash head bounced out of a silver reflector umbrella in front of and below the gun, directed upwards to accentuate details on the lower-facing surfaces. Each photo was then edited lightly in Lightroom mainly to clip the whites and make the craft paper disappear, and then each side was composited into one photo in Photoshop. Check out the shot below for a ‘behind-the-scenes’ look. The silver accent umbrella was moved into place after the rifle was positioned, and was placed roughly where James was kneeling. 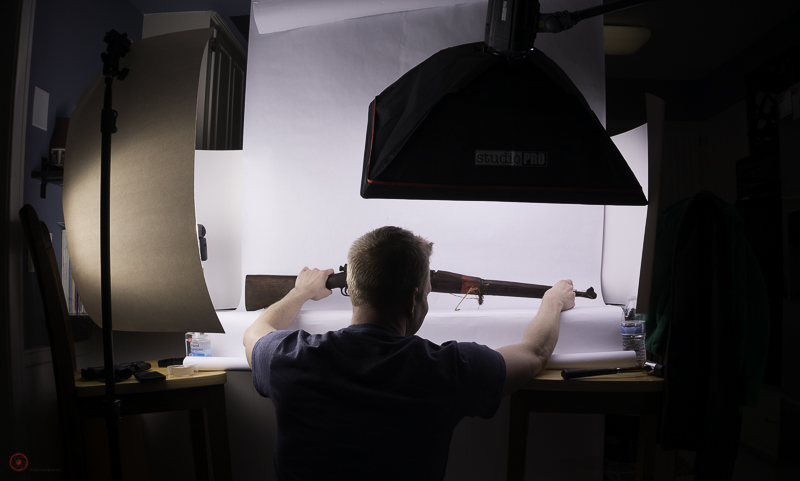 The setup for the detail photos was much simpler lighting-wise, only relying on the main flash head with the 20″x28″ softbox, directly above and very close to the rifle, with the aforementioned reflectors still in place for bounce/fill to minimize certain shadows. The lens I used for these was a manual focus, adapted Pentax-M 50mm f/1.7 from my 35mm film cameras. The same type of Lightroom editing was then applied to these as well. 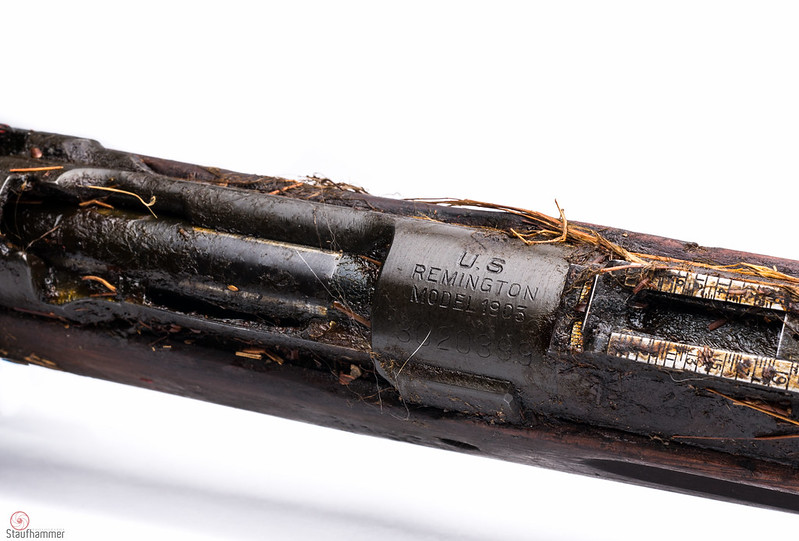 Again, if you’re interested in purchasing one of these, check out Aesir Tactical & Armory! For more of my work, check out my Flickr or the Staufhammer Photo Facebook page.